This initiative was primarily aimed at engaging and including the citizens in the decision making policy and also to make sure there are no last minute hassles in implementing these policies. Last mile operations are defined as the point of contact between citizens and governments - examples like applying for a replacement driver’s license, filing for veterans benefits et al. - Where governments truly interact with the citizens.

However the big question that still stands tall is, can the Government transform their thinking to treat their citizens as their customers?

There are some similar example of real time governance in other countries like India, where having an Aadhar card (Nation ID card service) is mandatory for all the Indian citizens, in Dubai- the smart Government and also in the city of San Francisco’s connected government initiative. If you want to know more about Real Time Governance download this e-book now!

Get this for Free! 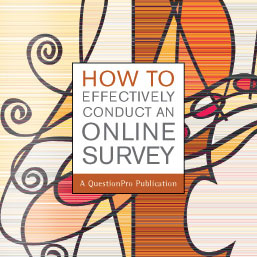 How to Effectively Conduct an Online Survey

To effectively conduct an Online Survey the first you need to decide what the objectives of the study are. Ensure that you can phrase these objectives as questions or measurements.

Learn the survey basics, including how to create and customize, distribute, and report surveys.

Evaluation of communication information and strategy within the company.

Though you're welcome to continue on your mobile screen, we'd suggest a desktop or notebook experience for optimal results.

Back to QuestionPro.com Continue to Login
Learn more in the ebook. Download it for FREE